This is the second year running that we have put on a full day of music for all of the students at Jurby school and it is becoming an annual event!

The aim of the day is to get every student, from Reception right through to Year 6, to learn new music and perform in a concert to family members at the end of the day. Many students won't have heard the songs before or played an instrument before, so there is lots of new learning for all.

This year we were joined by the newly formed Ramsey Grammar School Pep band. These students supported the Year Five and Six students in the Soundstart band and inspired them to continue learning their chosen musical instrument into High School.

We started the day with the children learning "What Shall We Do With The Drunken Sailor". It began with everybody singing the main verse and chorus to learn the words and actions, then we split the students into smaller groups and taught them bass lines and accompaniments and how they fit together.

Mrs Singleton & Mr Young spent their time with Years Two, Three and Four learning about rhythm and pitch using BoomWhackers. During the session the children learnt how to play Once A Man Fell In A Well, as well as Baby Shark. Reception and Year One were creating percussion instruments and Fins to wear during the performance of Baby Shark in the concert.

After lunch everyone met back in the hall for a quick rehearsal before the big concert, performed to an appreciative audience of family members and teachers. For some students this was their first chance to hear a live band and the excitement levels were high!

After the concert Mr Young & Mrs Singleton worked with Years One and Two to learn another piece, Down By The Bay. This gave scope to use hand chimes and bells as well as the children creating their own rhymes to put in the song (A Pig In A Wig!)

The whole day was a great success, and we must extend our grateful thanks to Jurby school and all its staff for supporting the Soundstart scheme and allowing us to run days like this! 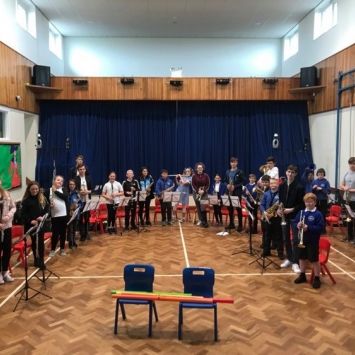 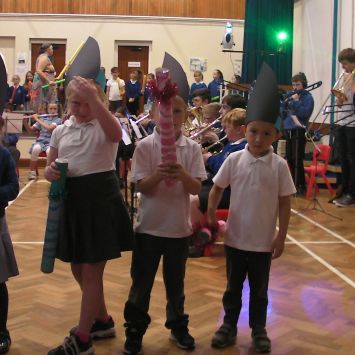 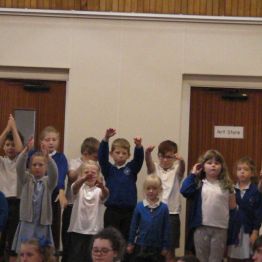 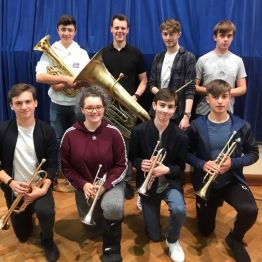 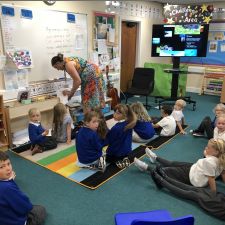 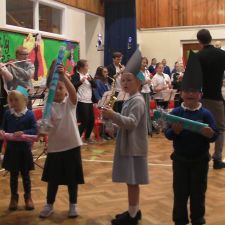 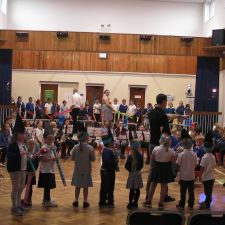