Yesterday the Music Service ran another very successful Jurby Music day. This is our third year working with Jurby to provide the whole school with a fun, engaging day of music, that allows every pupil of the school to be involved with music making.

Each year this day aims to build on the ongoing achievements of the Soundstart project, where all of years 5 and 6 learn how to play a woodwind, brass or percussion instrument.

The day began with the entire school doing a vocal warmup with Mrs Singleton. This involved learning ‘Ickle Ockle’ which introduces rhythm and beat, ‘Peace Like a River’ with actions and then the whole school used large parachutes to show visual differences between a river, the sea and a fountain, which the song is based around. All pupils also learnt the chorus to Wellerman. This was something they were already familiar with due to its current popularity!

Afterwards the school split up into groups. Year 5 & 6 worked with the visiting Ramsey Grammar School Junior Pep Band students to learn how to play the shanty, Wellerman. This was led by Mr Wright who arranged the song to suit the band we have at Jurby.

Year 2, 3 & 4 worked with Mrs Singleton and Mr Young to learn about Beat and Rhythm. By the end of the session the children were able to correctly identify musical notation, sing rhythms and perform the rhythms on different percussive instruments. We also learnt all of the words to Wellerman to sing during the performance in the afternoon.

Reception and Year 1 worked with school staff to create shakers and other musical instruments to use during the performance at the end of the day.

After lunch we continued these activities, but Mrs Singleton worked with Reception and Year 1 to learn a bells and chime accompaniment they could play during the performance of Peace Like A River.

After this quick session we brought the whole school back together for a run through of everything we have learnt in the day. We finished the day off with the whole school singing Peace Like A River, with the bell & chime accompaniment and actions. A performance of Wellerman, with a vocal introduction from Year 2, 3 & 4, before the Soundstart band joined in and played the shanty, with a joint band and vocal effort for the final chorus.

You can view videos of the performances BY CLICKING HERE

A big thank you to Jurby school for their ongoing support with the Soundstart project and allowing us to run the music day each year. Also To Ramsey Grammar School for allowing students to attend the day and inspire the younger musicians and finally, to the parents, for your support with the pupils practicing their instrument at home each week and for attending the concert! 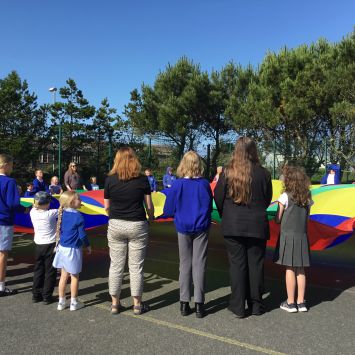 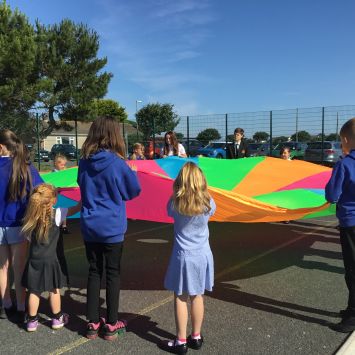 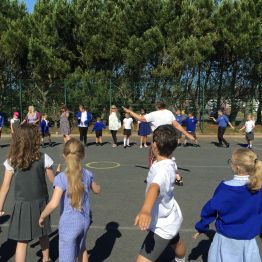 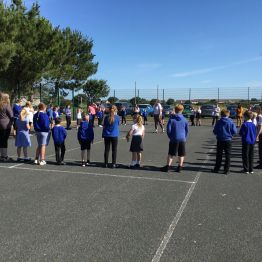