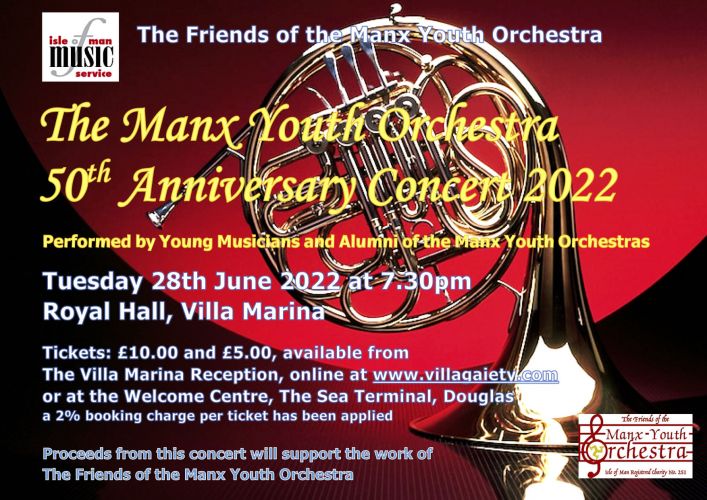 The Manx Youth Orchestra are holding a 50th Anniversary Concert at the Villa Marina on Tuesday 28th June 2022. In addition to performances by all the current ensembles, there will be an opportunity for former members to perform alongside the current orchestra members led by former conductors Bernard Osborne and Graham Kirkland.

The concert will also feature a popular piece of music composed by the late Geoff Nicks, which will be conducted by his wife Janet. As many former members will remember, both Geoff and Janet worked for the music service for many years. This promises to be a very special evening and there will be items of memorabilia from across the decades on display during the evening.

If you are a former member of the Manx Youth Orchestra and would like to take part in the concert please follow the link: MYO 50th Anniversary Concert